Could Mulnupiravir accelerate the creation of new Covid-19 variants?

Mulnupiravir (sold by the name of Lagevrio) is an antiviral medication that is taken in capsule form.

It has recently been approved for treating Covid-19 – both by the FDA and by the UK’s MHRA.

So far it’s being recommended for use in higher risk individuals only. 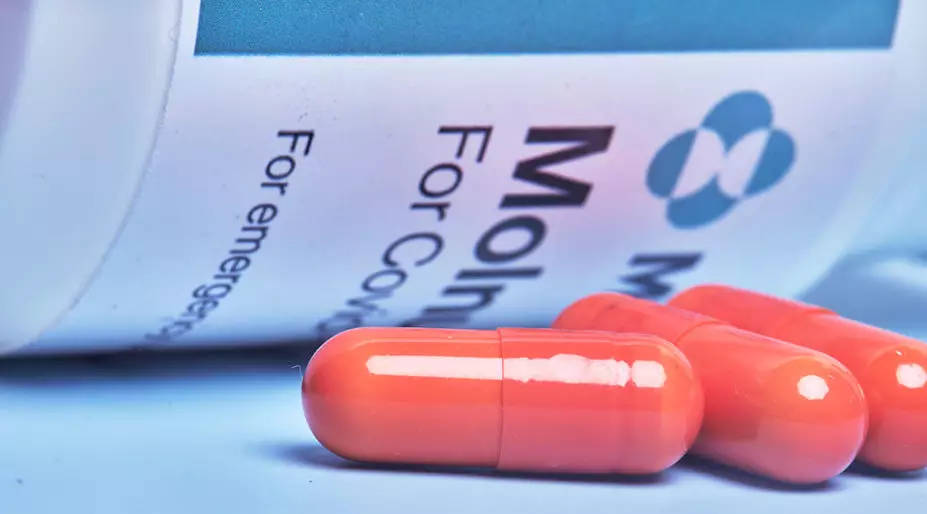 The primary concern with the use of the this drug stems from its mechanism of action: it intentionally causes mutations in the virus RNA during replication.

Those mutations prevent the newly replicated virus from functioning correctly – effectively killing it off.

The obvious question is – could this drug increase the risk of new, dangerous Covid-19 variants?

At the time of writing the world is seeing what happens when a new, virulent strain is released onto the world (Omicron). Even in a mild incarnation, it can wreak havoc.

We really want to be doing all we can to avoid repeating this scenario.

In a great article by William Haseltine, he points to a pre-pandemic study showing that molnupiravir can induce a dose-dependent increase in mutations, including in the spike protein itself. The paper found these mutations slowed replication, but did not stop it.

He suggests that at the prescribed doses (800mg twice per day for 5 days) it may be ok, but that in situations where people don’t complete the dose, mutations would be introduced – but the virus would not be killed off.

Then, if this virus were to reach a new host, it could continue to proliferate “in the wild”.

Chase Nelson, a researcher at the Institute for Comparative Genomics, has also flagged this up in an article titled: 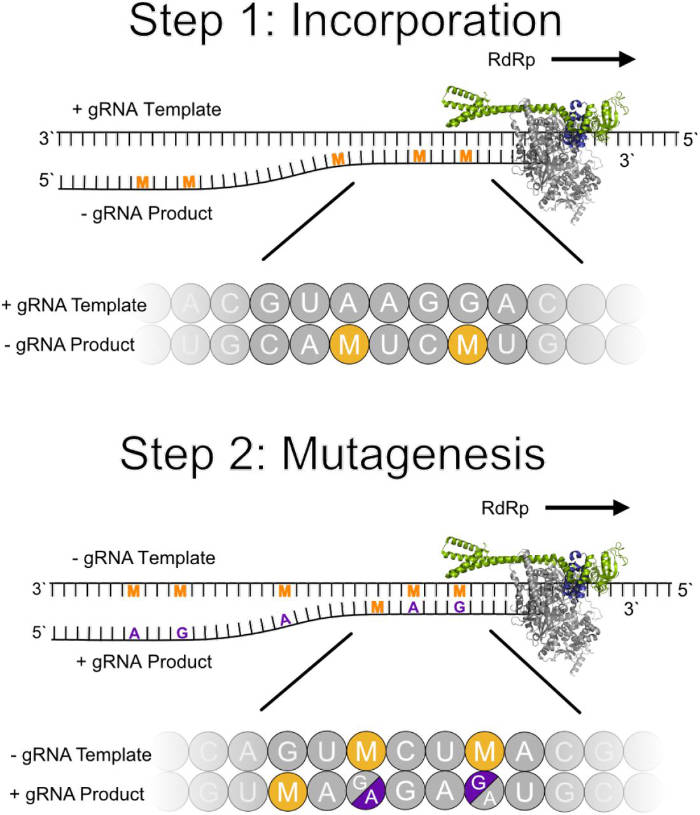 ^ Diagram from this paper

Based on the mechanism of action, and research to date, it seems fairly obvious that there is a hard to quantify risk with Molnupiravir.

Presumably those approving it can see this risk too? Perhaps however they’re weighing up the benefits of lives saved, and believe it’s worth the risk?

James Hildreth, who was on the FDA panel who voted to approve this drug said: 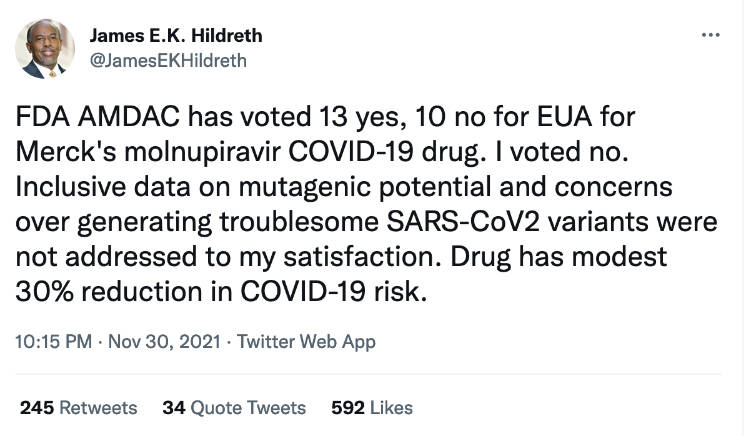 Given that the vote was as tight as 13 to 10, it suggests that many of the panel had reservations.

Perhaps the key issue is:

For now, the drug is approved and actively being used in people.

Time will tell if it has negative global effects.