Update 03/07/201: Upon further reading/research this appears to be a relative non-issue in the case of the vaccines. I explain why at the bottom of the post.

Original post: Recently I came across a recorded discussion by Brett Weinstein and Robert Malone on the potential toxicity of the SARS-CoV-2 spike protein.

Robert cites a paper published by researchers at the Salk institute that showed the Spike protein (that SARS-CoV-2 uses to interact with ACE2 receptors and infect cells) damages the lining of blood vessels in their animal model (hamsters) – without the actual virus working to replicate in cells and spread. 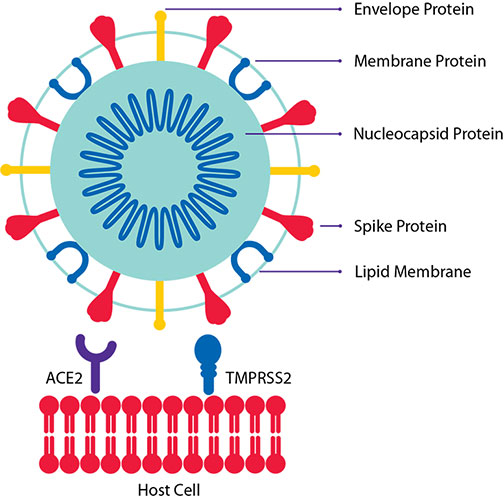 My personal take is that, even if the vaccine spike protein does turn out to be toxic to cells, overall the risk/reward ratio in terms of number of lives saved will suggest that from a utilitarian point of view, the vaccine rollout was the right move.

That being said, it would seem rational to allow this topic of discussion to be investigated further, and vaccines tweaked, if needs be, to reduce their side effect profile. As it should be possible to get immunity without utilizing the spike protein.

Currently this idea is getting zero traction in the mainstream media. 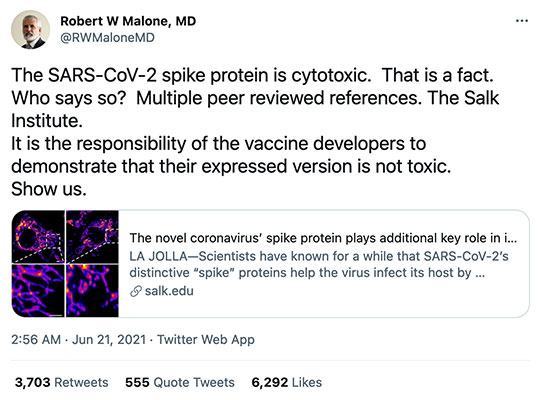 I’d posit that it’s due to the bifurcation of the pro-vax versus anti-vax debate. Where, like many issues, it’s overly simplified into two groups, and you have to choose one.

There has been propaganda from both sides, and I think the current sentiment of the mainstream media is to stray away from questioning the vaccines.

I’ll be curious to see:

Personally I’ve taken the (Pfizer) vaccine – and probably would do again – even now that I realize it’s potentially slightly less safe than I initially thought.

Update 03/07/201: Since I wrote this post, I learnt that one of the co-authors of the paper Uri Manor is on Twitter, and had co-written a rebuttal (link) to the idea that their initial research means that the spike protein generated by the vaccines can cause similar damage to the endothelial cells, as seen in their research.

Whilst he doesn’t double back on the idea that the spike protein can damage to endothelial cells, he suggests that what matters is the concentration of spike proteins circulating.

They estimate that in human blood, there are around 100,000x less spike proteins post-vaccination than were seen in their hamster study. See study quote:

Here is one of the co-author’s Uri tweeting about why it’s not a concern. 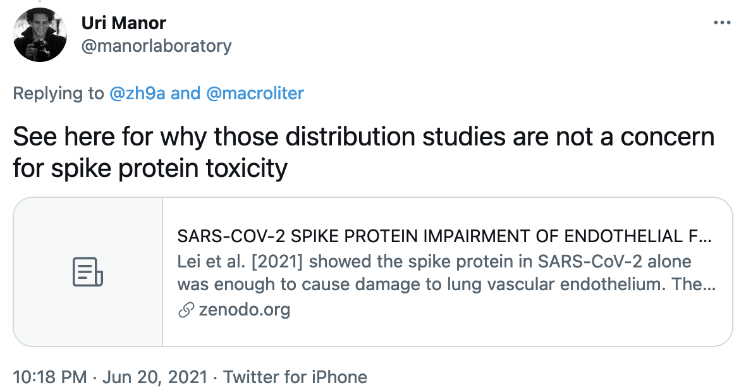 So there we go! Not the issue I was initially concerned it might be.